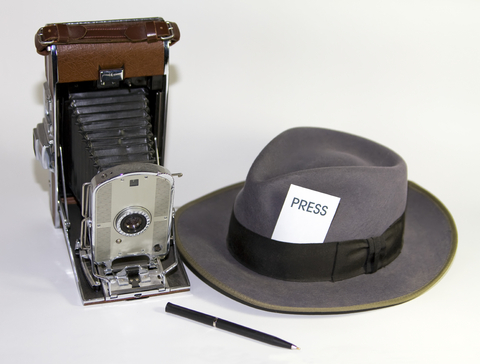 Putting together a press kit (which saves time when contacting bookstores and the like.) Converted the short bio used in the book to first person and added some of the colorful details:

I was born and raised in Kansas City, Missouri, child of a schizophrenic father and a hardworking single mother. In high school, I was written up by the local newspaper for my perfect record on math tests. When I was selected for a student question panel for a book tour lecture by Jonas Salk, I asked Dr. Salk why he had written a book of strained analogies and unsupported assertions (Man Unfolding.) I won a variety of awards, including the ACS award for best chemistry student in the city.

I studied astronomy and computer and cognitive science at MIT. My advisor was earth scientist Frank Press, Jimmy Carter’s science advisor at the time. TA’d and wrote exams for Planetary Physics and Chemistry. Studied with Hal Abelson (co-inventor of Logo and Scheme) and wrote a Scheme (Lisp) interpreter for 8080 machines, a notable feat because of memory size limitations. Short-term jobs at the Harvard-Smithsonian Center for Short-Lived Phenomena and Electromagnetic Launch Research under Henry Kolm, who was revealed much later to have been the intelligence officer who ran Project Paperclip to secretly bring Nazi rocket scientists to the US.

At Bolt, Beranek, and Newman (BBN) Labs, member of the team developing a multiprocessor testbed for AI applications as part of the Strategic Computing Initiative under DARPA. Ray Tomlinson, who chose ‘@’ as the email separator when designing the first internetwork email system, worked down the hall. Wrote Multilisp manual, found multiprocessor garbage collection bugs that no previous machine had seen. Moved to Symbolics and started work on their parallel processor, but but funding setbacks ended that project. After a short stint in grad school, moved to Vancouver, BC, Canada to start a software company.

In Vancouver, started a land development project on a nearby island and subdivided despite fierce political opposition. Gained experience in logging, road-building, and water and sewer systems. On the island’s Water and Waste Subcommittee for the new Community Plan. Stayed five years and became a landed immigrant, but decided to return to the US.

Moved to the San Francisco Bay Area to start a family office for a Stanford professor (an old MIT friend) whose company had gone public, making him suddenly wealthy. Managed a large portfolio and timed sales of company stock to diversify. Woke up one morning to see the World Trade Center in flames and the market closed; advised client not to sell when the market reopened. Retired some years later when I faced the choice of starting a much larger hedge fund or starting a new career (again.)

Happily married and retired to Palm Springs now, I write to explain how things really work.

More on Avoidant and Bad Boyfriends: