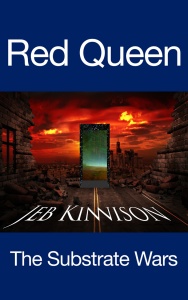 Some ideas are so stupid that only an intellectual could believe them. —Either George Orwell or Michael Levine

The whole aim of practical politics is to keep the populace alarmed (and hence clamourous to be led to safety) by menacing it with an endless series of hobgoblins, all of them imaginary. —H.L. Mencken

Love your country, but never trust its government. —Robert A. Heinlein

The most dangerous man to any government is the man who is able to think things out for himself, without regard to the prevailing superstitions and taboos. Almost inevitably he comes to the conclusion that the government he lives under is dishonest, insane and intolerable, and so, if he is romantic, he tries to change it. And even if he is not romantic personally he is very apt to spread discontent among those who are. —H.L. Mencken, from “The Smart Set” (December 1919)

Of such sort are the young wizards who now sweat to save the plain people from the degradations of capitalism, which is to say, from the degradations of working hard, saving their money, and paying their way. This is what the New Deal and its Planned Economy come to in practice—a series of furious and irrational raids upon the taxpayer, planned casually by professional do-gooders lolling in smoking cars, and executed by professional politicians bent only upon building up an irresistible machine. This is the Führer’s inspired substitute for constitutional government and common sense. —H.L. Mencken, “The New Deal,” 1935

[The aim of public education is not] to fill the young of the species with knowledge and awaken their intelligence. … Nothing could be further from the truth. The aim … is simply to reduce as many individuals as possible to the same safe level, to breed and train a standardized citizenry, to put down dissent and originality. That is its aim in the United States… and that is its aim everywhere else. —H.L. Mencken, The American Mercury, April 1924

How did we evolve from a country whose founding statesmen were adamant about the dangers of armed, standing government forces—a country that enshrined the Fourth Amendment in the Bill of Rights and revered and protected the age-old notion that the home is a place of privacy and sanctuary—to a country where it has become acceptable for armed government agents dressed in battle garb to storm private homes in the middle of the night—not to apprehend violent fugitives or thwart terrorist attacks, but to enforce laws against nonviolent, consensual activities? —Radley Balko, Rise of the Warrior Cop: The Militarization of America's Police Forces, 2013

[The socialists declare] that the State owes subsistence, well-being, and education to all its citizens; that it should be generous, charitable, involved in everything, devoted to everybody; …that it should intervene directly to relieve all suffering, satisfy and anticipate all wants, furnish capital to all enterprises, enlightenment to all minds, balm for all wounds, asylums for all the unfortunate, and even aid to the point of shedding French blood, for all oppressed people on the face of the earth.

Who would not like to see all these benefits flow forth upon the world from the law, as from an inexhaustible source? … But is it possible? … Whence does [the State] draw those resources that it is urged to dispense by way of benefits to individuals? Is it not from the individuals themselves? How, then, can these resources be increased by passing through the hands of a parasitic and voracious intermediary?

…Finally…we shall see the entire people transformed into petitioners. Landed property, agriculture, industry, commerce, shipping, industrial companies, all will bestir themselves to claim favors from the State. The public treasury will be literally pillaged. Everyone will have good reasons to prove that legal fraternity should be interpreted in this sense: "Let me have the benefits, and let others pay the costs." Everyone's effort will be directed toward snatching a scrap of fraternal privilege from the legislature. The suffering classes, although having the greatest claim, will not always have the greatest success. —Frédéric Bastiat, Justice and Fraternity, 1848

The world in which we Westerners live today has grave faults and dangers, but when compared to the countries and times in which democracy is smothered it has a tremendous advantage: everyone can know everything about everything. Information today is the “fourth estate.” In an authoritarian state it is not like this. There is only one Truth, proclaimed from above. The newspapers are all alike; they all repeat the same one truth. Propaganda is substituted for information. It is clear that under these conditions it becomes possible (though not always easy: it is never quite easy to do deep violence to human nature) to erase quite large chunks of reality. —Primo Levi

The more men know, the smaller the share of all that knowledge becomes that any one mind can absorb. The more civilized we become, the more relatively ignorant must each individual be of the facts on which the working of his civilization depends. The very division of knowledge increases the necessary ignorance of the individual of most of this knowledge. —F.A. Hayek, The Constitution of Liberty, 1960

Once definitely done with our adolescent longing for the Absolute, we would find this world valuable after all, and poignantly valuable precisely because it is not eternal. Doomed to extinction, our loves, our work, our friendships, our tastes are all painfully precious. We look about us, on the streets and in the subways, and discover that we are beautiful because we are mortal, priceless because we are so rare in the universe and so fleeting. Whatever we are, whatever we make of ourselves: that is all we will ever have—and that, in its profound simplicity, is the meaning of life. —Philip Appleman, The Labyrinth: God, Darwin, and the Meaning of Life, 2014