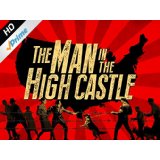 The Man in the High Castle – Amazon Studios

Philip K. Dick’s Man in the High Castle is one of his best books, apparently having been written in less haste and under fewer drugs than some of his others. It’s an alternative history set in the US of a 1962 where the Axis powers won WWII and the pacifist US succumbed and is partitioned, with the West Coast ruled by the Japanese Empire and the East Coast under a Nazi puppet state a la Vichy France. But like all his books, much more is going on here than just an alternative history story; reality is slippery and no one is quite what they seem, and this history may not be real, either.

It is not really science fiction — there’s no scientific explanation for what is going on, or portals between multiverses, although some characters can “see” other realities in foggy San Francisco. The delicacy and ferocity of Japanese culture is examined, the I Ching functions as a kind of Greek chorus pronouncing on the plot, and there’s a shadowy author who has written a book describing a world where Roosevelt wasn’t assassinated and the Allies win the war. The author points out what all historians know — the conquerors are affected by the conquered and absorb some of their culture.

Most of Dick’s novels and stories have been made into movies by now:

Although Dick spent most of his career as a writer in near-poverty,[6] eleven popular films based on his works have been produced, including Blade Runner, Total Recall, A Scanner Darkly, Minority Report, Paycheck, Next, Screamers, The Adjustment Bureau and Impostor. In 2005, Time magazine named Ubik one of the hundred greatest English-language novels published since 1923.[7] In 2007, Dick became the first science fiction writer to be included in The Library of America series.

He is now seen as marketable by Hollywood financiers. His estate’s commercial success is a bit tragic, since he died largely unrecognized in 1982.

Now we have a miniseries of Man in the High Castle, partly produced by Ridley Scott (another magic name in Hollywood) and financed by Amazon Studios. I watched the pilot and highly recommend it for its high production values and good acting. Because the complexity of the novel would be hard for film viewers to follow, it’s been simplified a bit, but the essence of the novel appears intact. This is the kind of production SyFy would mount if it weren’t run by science fiction illiterates.

For more on pop culture: